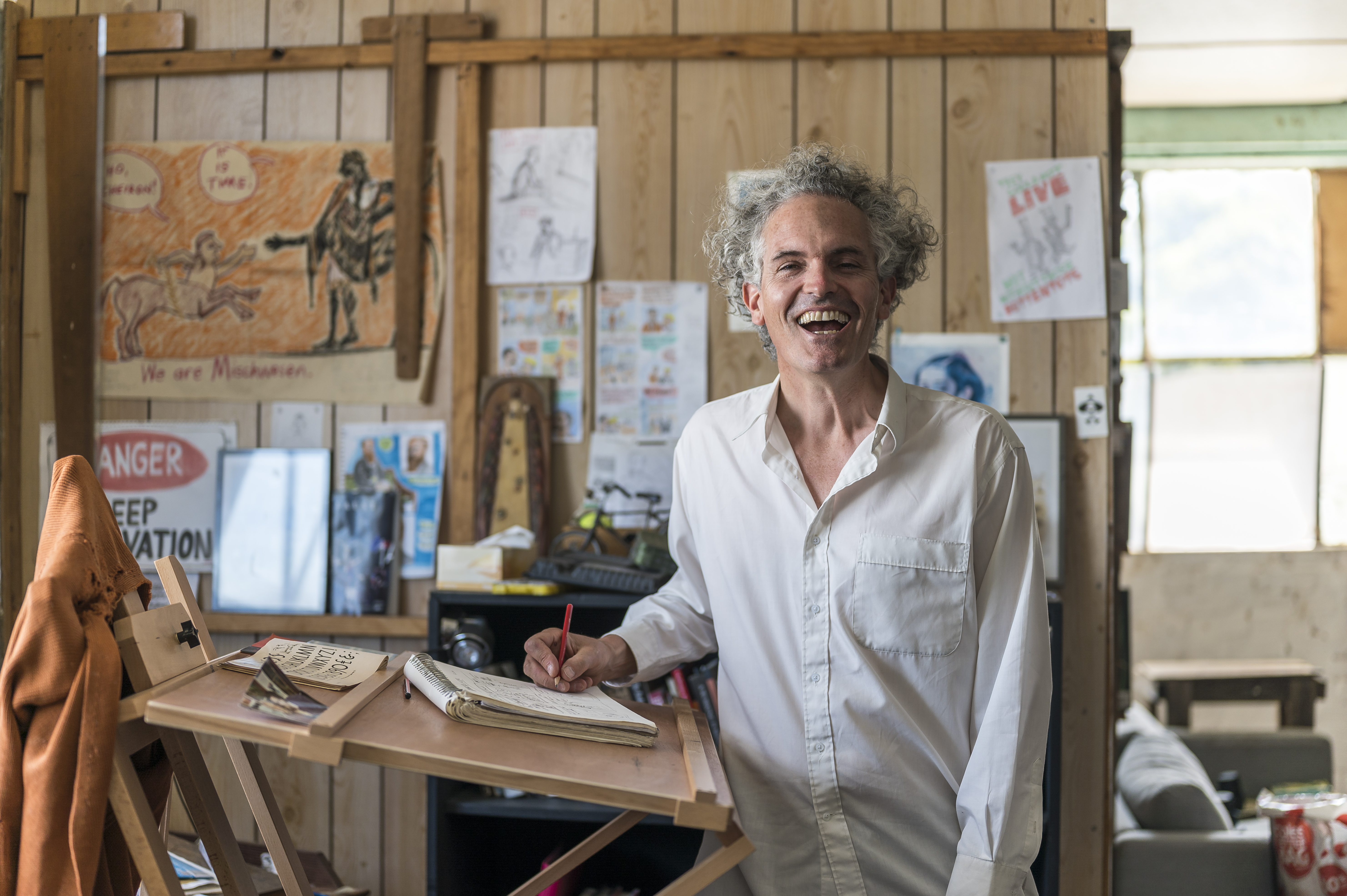 Bernard has been delivering comics workshops, information sessions and visual performed stories at primary school, secondary schools, libraries, and universities for more than twenty years’. He is an energetic, engaged and enthusiastic presenter.

For 20 years Bernard has been presenting comics workshops and talks for primary, secondary and tertiary students. He is also a popular speaker at libraries, talking about comics to groups of all ages.

Sessions can take the form of:

“Bernard presented three online workshops to groups of Year 8 students at Strathcona GGS. The purpose of the day was to give the students a fun and creative outlet after a term of online classes. The planning process with Bernard was easy and the day went well. Bernard encouraged the students to create self-portraits and then talked them through the process of creating little zines, which they could then do on their own. He demonstrated techniques and gave them a story structure.  All the students participated and the supervising teachers really enjoyed it too. Bernard’s online presentation was engaging and in an hour everyone created a zine. The feedback from students and teachers was positive. One of the students uploaded her zine with the caption, “This was so fun.”

—
Contact Booked Out to book Bernard for a comics session at your school, university, book group or library
— Comics Performances
— Comics Tutoring