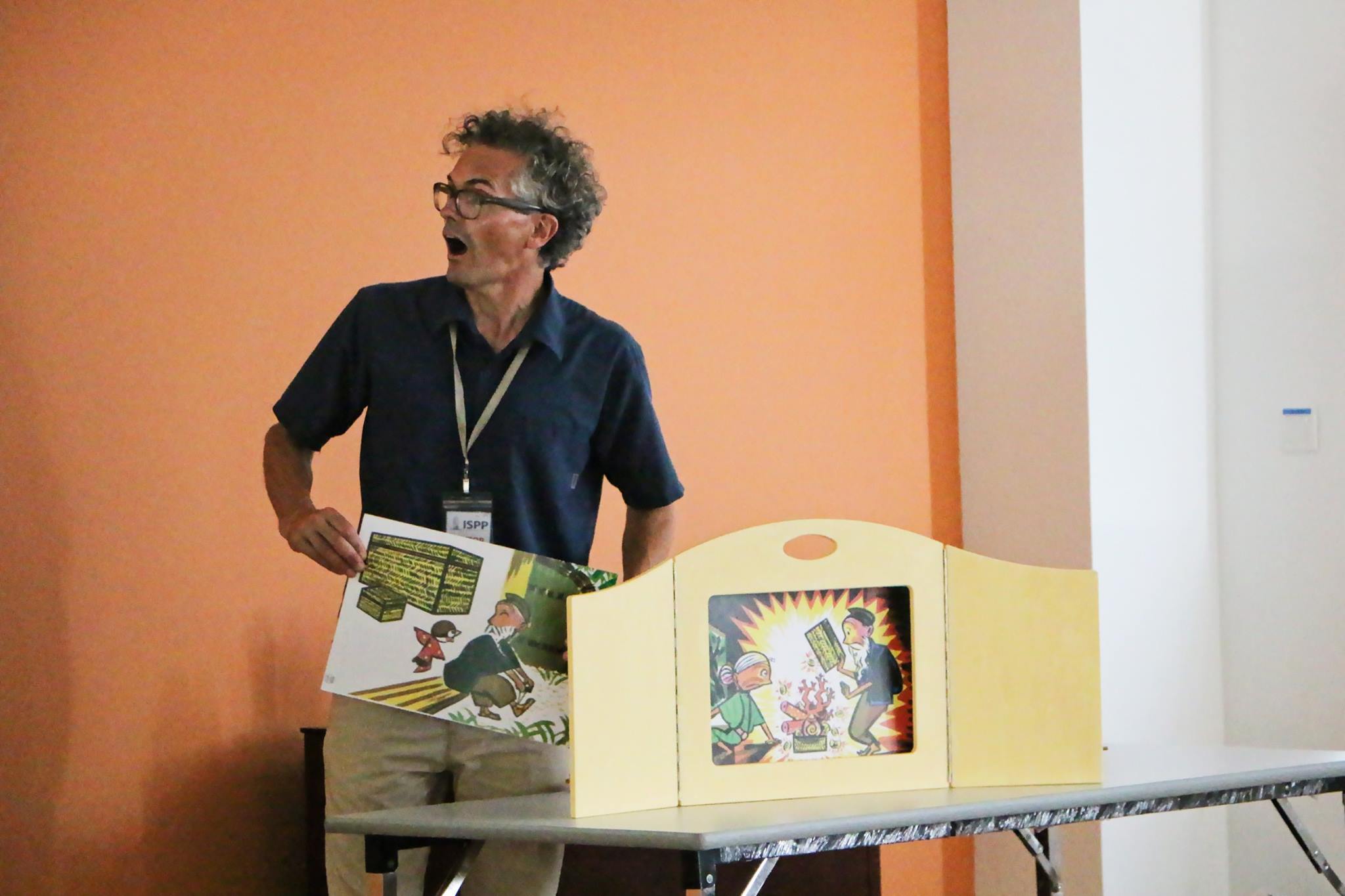 Bernard performs kamishibai (“paper theatre”), a form of live comics street theatre that emerged in Japan in the 1930s. Kamishibai led to the boom in Japanese comics and animation which continues today.

Bernard performs kamishibai stories and talks about this unique artform in the context of Japanese history and how it became part of the evolution of Japanese comics and animation.

Kamishibai is particularly popular with primary school students, who love to see what the next picture will be and to interact with the theatrical storytelling style.

For our Elementary students, Bernard introduced the world of Kamishibai, a form of Japanese storytelling. But Bernard did not just tell Kamishibai stories. Bernard performed the stories, gave life to the stories and inspired our students to try to imitate his passion for stories. His efforts were most effective because he used Kamishibai as the means for the students to understand the intricacies of this Japanese art form. It was through Bernard’s Kamishibai stories that we learned of the history of this ‘paper theater’ in Japan beginning in the 1930’s. Bernard’s energy and enthusiasm, to present stories and to observe stories created by our students, was limitless. He was a crowd favourite for all ages and well appreciated by our teachers for the clear way he could communicate how a Kamishibai story works.